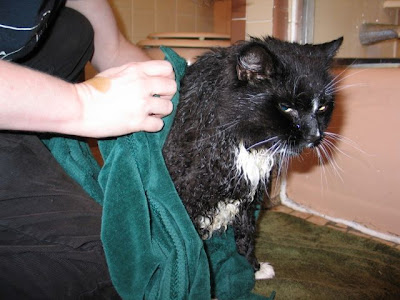 anyway I have just eaten some turkey

Yay a post from Abbie! Sorry it was caused by such trauma.

So glad you're posting again. Too bad about the bath and the staples, but turkey must take away the taste of indignity. A bit, anyway.

welcome back, Abbie! Missed you! Watch out for that basement stuff- it'll get you every time.

Dear god Abbie, we have been very worried. Yiou now have a bit of a following on Facebook. How wonderful to hear from you again. Happy Christmas from Tasmania.

Hurrah! You survived the basement and the vet. Happy holidays, feline friend.